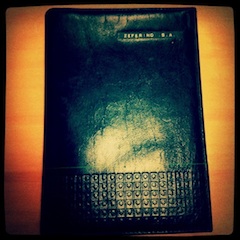 In Zeferino Professional Lighting  we support to all those women who are dedicated to the film industry as the cinematographers, which are many and of a very high professional quality.
Today we highlight the work of 5 directors of photography, which made their way into the industry and that for one reason or another, they have succeeded because of his talent and his incredible work.

“I started shooting 25 years ago and there were only four or five women directors of photography. It is now growing. “

Pioneering appear on the covers of magazines, Maryse Alberti was the first female director of photography on the cover of “American cinematographer,” thanks to his work in “Velvet Goldmine”. With his work has shown that a film genre knows no gender, he has taken over as both documentary and fiction films like parts. His latest work is Freeheld, starring Julianne Moore y Ellen Page, premiering this 2016.

“I took every opportunity I could to shoot. You learn from everything you do. The more that you shoot, you end up deciding what you do and don’t want”

Autumn Durald It is one of the youngest directors of photography and being already in quarantine, it has become an important niche in the film industry. His film debut was in the hands of Gia Coppola and today has already made numerous music videos and commercials.

“I try to get into the director’s mind’s eye in order to be able to enhance and execute that vision. It becomes, for me, a collaborative vision.”

Nominated more than a dozen times, Kuras has been winning without precentes three consecutive times in the important Sundance Film Festival. And we can not write about directors without naming it as a reference. His unique visual style caught the attention of directors and fast becoming one of the first women in an extensive film career established.

“I enjoy being with new people too, because you are always learning new approaches to filmmaking, and creative collaboration”.

Born and raised in Australia, Mandy Walker became interested very little in the photograph that led to her camerawoman before finishing dedicated to the world of photographic direction. And with only 25 years he was already making his first feature. He currently lives in California and his latest work is Truth, a film director James Vanderbilt, starring Cate Blanchett and Robert Redford, who has not yet come to light.

“I feel like I’m just now beginning to get to a level of cinematography that is exciting for me, and I don’t want to give that up. I want to shoot as much as I can to get to the next level”.

Enjoys painting and art in general, Rinzdler not think it would end dedicated to photography. He has worked on numerous music documentaries and short videos, but it was not until comedy Forever, Lulu where he got more recognition. This recognition was rewarded in 1993 when he was awarded the prize for Best Cinematography for the film Menace II Society, the Hughes brothers.