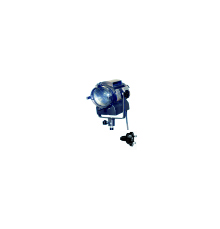 Look at the image above. Which one of the portraits do you like the most? Do you know why? This week in Zeferino Rental Lighting we want to take a closer look to a small detail that is often overlooked.

In the chaos of shooting a scene, small details, like smoothing your subject’s hair and checking for continuity, are bound to be overlooked, but there is one detail that I haven’t heard many filmmakers address out loud: the size of the subject’s pupils. It’s such a small part of the overall composition, but pupil size can affect your audience in undesirable ways, from mere aesthetics to psychological uneasiness.

The fact is, really tiny pupils and really large pupils make most people feel uneasy; the Koldunov Brothers prove this by citing several scientific studies on pupil dilation. So as a filmmaker, it’s important to take note. And adjust your lighting according to what you want your end result to be. If you’re going for a look that doesn’t call attention to the size of your subject’s pupil. You’ll want to light your subject with less intense light. But if you do want to call attention to them. Cranking up the light intensity will give you smaller pupils and shooting in near darkness will give you bigger ones.

It’s not the most immediate issue you have to address when shooting a scene. But it’s definitely one you might want to think about the next time you’re on set. Who knows, maybe next time you’ll experiment with different sized pupils to find out how it affects the look of your shot.

And remember that Zeferino is the best rental lighting house in Barcelona, Spain.