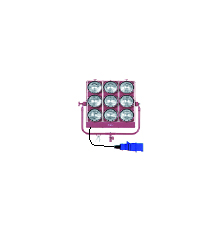 This week in Zeferino Professional lighting we want to take a look at one cinematography tools. All the possibilities fog machines have. Contrary to popular belief, these are not just helpful tools used to set the mood at awkward middle school dances. In fact, as many of you might know, fog (or haze, but we’ll get to that later) is widely used on film sets for a number of reasons, one of which is, yes, to set a specific tone, but it can also be used to pull off many different stylistic, technical, and aesthetic effects. In this helpful video, Film Riot shows us how using fog can help you add depth to your shots, diffuse light, or simply create a creepy atmosphere befitting of a slasher film.

Again, there are many ways to create a specific look and set a tone for your film, but it also helps to give your scene, as Connolly says in the video, a “Spielbergian vibe”, because it not only diffuses light, but it carries the color of the light throughout the space you’re using for your scene.

Here are a few examples of “Spielbergian” fog from, you guessed it, Spielberg movies:

Here in E.T., Spielberg uses fog to not only diffuse the light from the spaceship, but to create a dreamlike mood.

Fog is used to create an abandoned-looking atmosphere, as well as to heighten the mystery and anticipation for what could be lying in wait in this scene from Jurassic Park.

Spielberg’s use of fog in this scene from Lincoln is wonderful, because it not only shows how subtle the look can be, but also how effective it is. You can actually see it billowing from the left side of the screen when the camera is on Lincoln, but its use in the background for the two-shot to create depth as well as solidify the film as a period piece.

Now, if you’re going for that quintessential zombies-in-a-cemetary fog, here are a few things you should know. First of all, the fog that comes out of a fog machine is probably going to be too thin for that luscious. Thick fog you’re looking for. The main reason for this is because the machine heats the fog juice to a temperature that thins it out. Which will not only allow it to dissipate quicker. Requiring you to keep pumping it out. But it won’t be heavy enough to withstand even the smallest amount of wind. One solution for this thick. Heavy “movie fog” would be to use dry ice. But if that’s not your bag, there is an alternative; cool down the fog that comes out of your fog machine.

Fog machines are usually cheap. Ranging anywhere from $30 to $150. Or so depending on how big/small it is and where you buy it, and renting is even less expensive. However, it should be noted that fog isn’t generally used on big productions, like the Spielberg flicks I mentioned above. These bigger films usually use hazers, which evenly distribute a thinner, sometimes invisible haze. It’s used mostly to make light beams appear on-camera. And to apply light diffusion, but these machines require a huge investment. Anywhere from $300 to the thousands. Though, adding a little bit of water to your fog juice can dilute the solution enough to give you something haze-like.