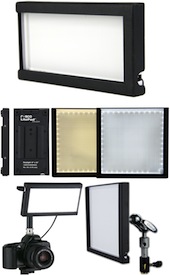 From Jurassic Park toSpiderman, rain scenes have a special place in popular culture. But how do you actually shoot them?

We filmmakers are always looking for ways to create exciting moods to heighten the drama of a movie. One of the most effective and available tools we have at our disposal is the tried and true rain sequence. It’s a cheap trick, but it might just work.

But the truth is, to do it well is not that cheap. It takes a lot of equipment, manpower, and planning.

In order to look how to shoot in the rain, let’s first take a close look at a rain sequence from one of my older car commercials.

Don’t shoot in the sun

One of the first things you should notice is that there is no hard sunlight in any of these shots. This was actually one the hardest things to achieve in making this commercial—we shot in Florida, in June. But ultimately it’s what gave the spot its authentic look.

One of my pet peeves is seeing hard sunlight in a rain sequence. I always say to myself, “Oh look, the sun’s out, and it’s raining. There must be a rainbow somewhere.” It’s not like it never rains when the sun is out, but it’s rare, and it makes me ask questions, which takes me out of the movie.

What you don’t see in the commercial is all the careful planning and the “light studies” that went into producing this sequence.

To conduct a light study, send a production assistant to the location with a camera. Pick several camera positions and record the sun’s position and movement throughout the day.

The idea is to do all the big wide shots when there is no hard sunlight. The best time for this would be either first thing in the morning or last thing after the sun goes down, i.e. magic hour. These are the only times of day that you can be sure there will be no sunlight.

By their very nature, these are the biggest and most difficult setups.

And now, here’s another of my pet-peeves: “Look, it’s raining in the foreground, but not in the background behind the actors.” I hate that!

What this means is that, for a wide shot, you will have to set up lots of “rain rigs” fed with a spaghetti of fire hoses to cover the foreground and the background at the same time.

But there’s a problem with using the morning magic hour to set up a big shot. You will need a 4 A.M. call to get everything set up in time to roll cameras at dawn. And you will have to work in the dark to get it done. It’s doable, but it’s a tough logistic. You better be sure you have enough manpower and work lights to pull it off.

On this two-day commercial, I needed three magic hours. Because we were shooting in the summer, the days were long and the magic hours were about fourteen hours apart. This meant that one of our shoot days lasted 18 hours, which didn’t make the producer very happy.

It also meant that all the shooting angles needed to be chosen ahead of time. This is not the kind of shoot you show up for with all the equipment and try to figure out on the fly.

Next, you have to figure out your medium-sized shots. For these, you don’t need magic hour, but you still need to be able to do them in the shade. If you pick the right spots relative to the sun position (using your light study), you will find that, in a city, large parts of the street remain in shade for quite a while due to the canyon effect of the buildings.

You will find that the amount of street that remains in shade gets smaller and smaller until noon. Therefore, your shots will need to get tighter and tighter as the morning goes by. And when noon rolls around, you need to be shooting inserts… or eating lunch.

As the afternoon draws on and the shadows get longer again, you get another opportunity to shoot larger and larger shots. But now what you really need to be focusing on is getting a head start on the big magic hour shot. Because even though you are setting up in the daylight, your magic hour light will only last for an hour or so.

There used to be a saying: “You have to back light the rain, or you won’t see it.” It’s true that back in the film days, if you were on a lens that was too long or too wide, or if you were shooting a scene where the contrast was too neutral, you’d get to dailies and go, “What rain?”

However, there have been many more occasions where I have over-lit the rain—and it looks phony as hell. With digital photography, what you see is what you get. So if you look at the monitor, it will be apparent if the rain is reading well.

But if you have to back-light the rain:

I’ve been on more than one shoot where the producer looked at the next day’s forecast at 100% chance of rain and said, “You see, we don’t need that expensive rain equipment tomorrow after all!”

If you start shooting a sequence in the rain, you can bet it will stop raining before you are done. What do you do then? Very often you use special effects rain rigs to keep the rain consistent, even on a rainy day.

You may be playing God and creating your own rain, but that doesn’t mean you and your camera are not going to get wet. So, as they say, “keep your powder dry.”

This blog was originally posted on zacuto.com.