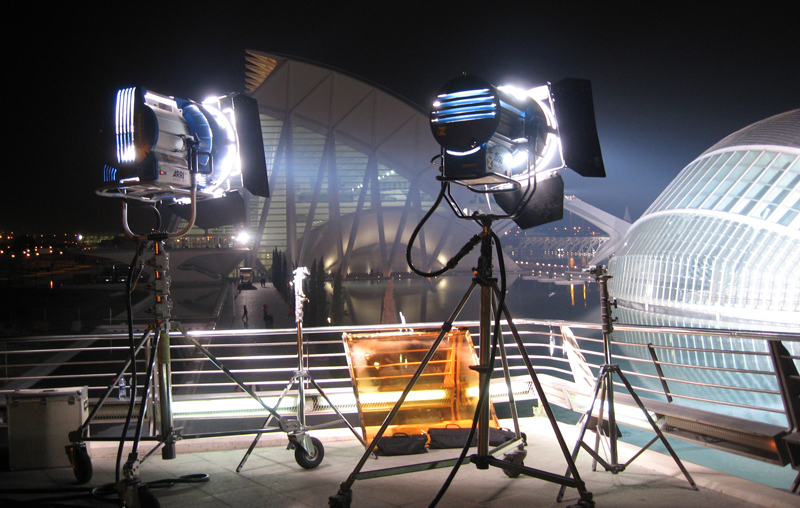 .This week in Zeferino Professional Lighting we take a closer look on the DP of ‘Home Alone’ and ‘Wedding Crashers’ who shares how to improve your comic comedy cinematography. Julio Macat knows a thing or two about shooting comedies. His breakout feature was modern comedy classic Home Alone in 1990. And he’s been helping comedy directors nail their comic timing ever since. Over the past 20+ years, he’s been behind the camera of some of the biggest comedy hits, from Ace Ventura: Pet Detective to Pitch Perfect. Throughout experience he has learned a thing or two on how to successfully shoot comedy. As well as things that have helped him improve his creative storytelling more generally.

In comedies, every scene is written with purpose and everything happens for a reason. Julio Macat calls that “the goods” of the scene. And suggests finding out (or thinking about) why the writer wrote the scene, what the point of it is. And then decide where you would need to place the camera if you had to tell the entire scene in one shot. From one angle. Placing a camera here will allow you to get closer to being able to tell that intended story even if all else fails.

Of course, you’ll most likely have; other cameras, angles, and cuts. But if you approach the scene the way Macat suggests. You’ll set yourself up to have a reliable fall-back option that is also very effective at helping you tell the story. It gives you a great master shot around which you can add the rest of the shots you’d like to have.

Macat’s tactic of using a wide angle lens close to the subject began by the team placing a third, wide angle “bonus cam” (as Macat called it). As a fall back to the two primary camera angles in case the team missed the gag in a scene. But as it turned out, the wide and close approach really ended up informing the aesthetic in Home Alone for several reasons.

The team realized when watching dailies that the shots that evoked the best reactions were actually the ones shot with “bonus cam”. Those angles seemed to just work better than the others. And so they began thinking in a more deliberate way about how “bonus cam” could be deployed in the rest of the movie. One of the reasons “bonus cam’s” was because we seem to perceive the world as a much larger. More dramatic place as children. And so the exaggeration of relative distance the team got using a wide angle (14mm) lens. Close to the subject proved a great way to mimic that feeling.

Macat is most concerned with how all the shots will tie together into one, consistent piece. In the case of Home Alone, he broke the movie down into a series of one-liners and wrote it out as a book so that he could see how the scenes and shots followed each other.

Using techniques like color-coding interior vs. Exterior shots. And making notations as to where he thought the camera ought to move from one shot to the next. He was able to set up shots with the editing and the editors in mind. By doing this, he was easily able to see if there were too many consecutive indoor scenes. Or if there was a need to move the film along in some other way. He then labeled “moments” (or pivotal scenes) so that he could pay very close attention to how those scenes ought to be shot. He stressed the importance he felt for the DP. And editor to work together and said he thought it crazy that they don’t work together more often.

Macat insists that if you listen to music while you’re operating. The product of your camera work is completely different than if you don’t. He recalls that they played lots of music on the set of Home Alone which helped get their timing down. He also mentioned that he started out shooting concerts and music videos. And so he had always been used to thinking musically and is constantly aware of how his camera movements would map to a musical score. Which he feels makes a huge difference in the final piece. During the discussion, Macat mentioned that when watching accomplished camera operators. It’s always obvious which of them has a musical background.

One of the trends Macat has noticed in recent films is that close-ups have gotten closer. One of the reasons. He suspects, is that directors and DPs are screening all their dailies on iPads instead of as large projections viewed by the entire production team as he says was the case in the “good old days”. What he believes has come of this is decisions about shot size & angle that are being determined by what looks good on a small screen. Which, of course, effects the aesthetic when the piece is shown in a cinema. His suggestion is to screen dailies as largely as possible. As it will inform choices and help shape your aesthetic in a positive and cinematic way.