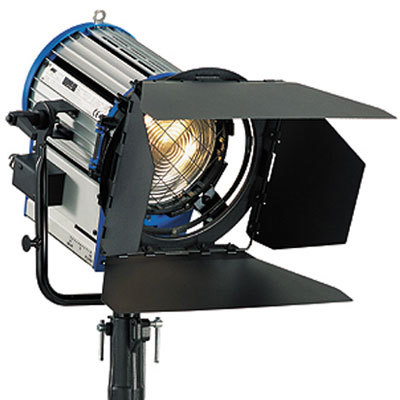 This week in Zeferino Professional Lighting we want to take a look at how create depth cinematography when you’re working with a two-dimensional medium. One of the first things you learn about when studying cinemetography is composition, and one of the first things you learn about composition is basic aesthetic theory: symmetry vs. asymmetry, energy, color, weight, vertices, etc. Then, somewhere near the end of the class, the back of your text book, the final two minutes of the seminar, you hear about depth — not because it’s unimportant, but because creating it takes a little more finesse than centering your subject in the frame.

The greatest cinematographers are known for (among other things) creating the illusion of depth by using a number of clever techniques and here we break down five of them.

Good lighting can not only add dimension and depth to your compositions. But it can make your film look like a million bucks. Soft lighting tends to flatten images. While lighting with harsher shadows with fast falloff tends to give the illusion of depth. For examples of this kind of lighting. You can’t get any more drastic and overt than film noir, who made chiaroscuro lighting one of its many hallmarks.

We’re talking shallow depth of field here — the same effect that happens when your eyes focus on something close to you. Naturally, when we see this on-screen, our brains interpret it as depth.

Like perspective (an high contrast lighting, too). The parallax effect serves to create depth. As well as to make the shot more dynamic. It does this by adding “kinetic energy” — aesthetic energy created by moving the camera. A static shot adds little (if any) aesthetic energy to a shot. But a moving camera can turn what was once a boring still shot into a scene that pulls your audience in. In fact, it’s often said that adding a moving camera and moving subjects (e.g. people, cars, etc.) Is the equation for high kinetic. And therefore aesthetic energy. In other words, if you move your camera around people and things that are also moving, your shot will probably look awesome.

As a professional you know that using shallow depth of field is the thing you do. The most when you first get your hands on a camera with a good lens. When you mature as a filmmaker/cinematographer. You realize that you’ve got to get your hands dirty. Get a little creative. Move around. And change your perspective. The great thing about this technique, is that it not only creates depth. But it raises the aesthetic energy of a composition. Using many different vertices makes the shot much more dynamic.

The same thing that happens in the natural world. Things that are closer to our eyes block out things that are further when they pass in front of them. Simple as pie. Though the thought of using this effect may not be as obvious when planning your shots in pre-production.